All of our practitioners are registered with the General Osteopathic Council, as well as being members of The Institute of Osteopathy (formerly known as The British Osteopathic Association). They all carry the recommended level of insurance cover.

Anthony Kanutin was born and bred in Southend On Sea. He has been established in practice since 1984 at Milton Road Westcliff having qualified at The British School of Osteopathy [BSO], now called "University College of Osteopathy".

After being asked back to the BSO as a clinic tutor in 1985, he was involved in training and assessment of student osteopaths in clinical practice, for many years.

In 1991 he became one of the first osteopaths to work within the NHS after the introduction of GP fundholding, running clinics at Family Health Care in Leigh on Sea until 2011. The City practice was opened in 2000, initially in Fenchurch Street but then within Medicentre [walk in private doctor surgery] in Cheapside near Bank station.

He has acted [and still acts] as an external examiner in assessing clinical competence in final year osteopathic students for numerous Osteopathic educational institutions since 1999. This checks that students have the necessary clinical skills to practice independently.

Another role has been the assessment of Osteopaths from outside the European Union who wish to practice within the UK to check for clinical competence in line with UK standards.

Anthony was appointed [in 2009], by the Appointments Commission, to the Professional Conduct Committee for The General Osteopathic Council, which is the statutory regulator of the osteopathic profession, and was reappointed for another 4 year term of office.

He now sits as a panel chairman on the Fitness to Practice Committee for the Nursing & Midwifery professions [NMC].

Anthony has been an Osteopathic course reviewer for the Quality Assurance Agency [which monitors and maintains standards in higher education]. He undertook the initial recognition review of the osteopathic course at Leeds Metropolitan University as well as the initial Undergraduate Masters’ course at the British School of Osteopathy.

International experience came as an external examiner for the University of Wales who validated an Osteopathic degree course within Hamburg Germany.

Anthony attends many postgraduate courses including one at the national sports medicine institute in core stability.

All of this clinical experience and assessment has meant Anthony has seen a hugely diverse array of approaches to osteopathic practice, allowing him the ability to draw on this when tackling difficult clinical problems, as well as striving for best practice. 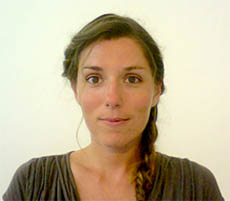 Originally from Normandy in the North of France, Audrey studied Physiotherapy at ASSAS school of Paris, graduating in 2010. She then worked as a Physiotherapist at the Memorial Hospital France-United-States, spending more than two years rotating in several units (orthopaedics, neurology, intensive care, paediatrics, cardiology…) before working for three years in a private practice gaining experience in musculoskeletal rehabilitation.

Since arriving in England, Audrey has worked part-time in a practice in Walthamstow whilst completing a Master in Science in Osteopathy at the University College of Osteopathy (UCO, former BSO) graduating with a distinction.

With her wide knowledge, Audrey enjoys working with individuals of all ages and all sporting backgrounds placing a large emphasis on education, with an aim to empower individuals by providing them with the skills they require to take ownership over their own health. She enjoys caring for patients from diagnosis through to full recovery, by using a wide range of techniques, including manual osteopathic techniques, education and advice, taping or dry needling, as well as individualised exercise prescription.

Audrey has a strong passion for handball, which she has played for 15 years. She developed a wide knowledge in sport injuries working pitch-side with her previous teams. She enjoys cycling and practices yoga in her spare time.